I'm very much digging Red Dead Redemption 2 now, it's pretty great once you manage to get over it's numerous hurdles and start playing it like a slow paced RPG. Got myself a pump action shotgun and now blasting assorted scum and villainy into the afterlife.

I was walking into a store in the city and got pickpocketed, chased the guy down and hogtie him and take my money back. Crime witnessed and I get accused of kidnapping, which then escalates into a rolling gun battle as I try to escape town killing many more people in the process. I'm eventually caught in a cross fire by pursuing law men and turned into swiss cheese. A simple pickpocketing of $25 turned into a $400+ bounty. Luckily I had a save from 5 minutes prior I was able to use to undo the mess. It took less than 5 minutes for all that chaos to ensue!
Top

The pump action shotgun has been my weapon of choice in our multiplayer posse, but I think I've caused almost as many accidental deaths through pellet spread as Snowy has from kicking or stabbing every single traveller he meets coming in the other direction. It's a fantastically meaty weapon, but good lord I sometimes feel like I'm lobbing bags of hammers instead of using a firearm.
Top

The depth to the game both in SP, and, for me now, multiplayer, is astounding. Some of the details required a massive amount of thought and research: an example I came across last night was a small quarry set-up with mini rails and carts and purposely included lean-to props with rocks placed to anchor them, which would have helped prevent an unknown collapse of the workface, but is a detail that would not have been missed if it wasn't included. So much in this game, from the behaviour of the animals, the psychology details of the characters you meet, or to little features that make the gameplay richer—like using eagle-eye whilst holding the fishing rod so you can fish a little more deliberately. Sublime, utterly sublime.

My current favourite thing is the metal detector. What an absolutely marvellous little device that is, and what a joy to use at any opportunity!

Everything on the internet is 100% true.

Seeing as though I couldn't run the game all that particularly well back in 2018 I decided to skip my Origin run and return to This is Sparta instead. Everything about this game just oozes a level of quality combined with a scale that even today makes me admire the technological leaps we have made since we were first introduced to open world gaming. When you are stuck out in the middle of the ocean with nothing but enemy ships surrounding you, there's all those distant islands you can see on the horizon covered in gentle lovely fog and mist. Just knowing you know you can dive off the boat to fight as pack of sharks, enter a fun as hell naval battle or sail on to each and every one and fully explore them if you wish - it's just amazing. As I do own the Gold Edition I'm pretty overwhelmed by the amount of content there is, and I hear they added an entirely new island at some point free of charge? Whoa there Ubisoft, steady on now. I've already hit the thirty-hour mark as is, somehow. The game just kind of swallows you whole and your free time along with it.

Oh, and naturally I ended up exploring some of said islands far too low level and thus I spent a good twenty-five minutes stuck to the spot throwing torches at a pack of rabid wolves - because yep none of my weapons could do any damage and once I had started I fully accepted the challenge and could not stop. 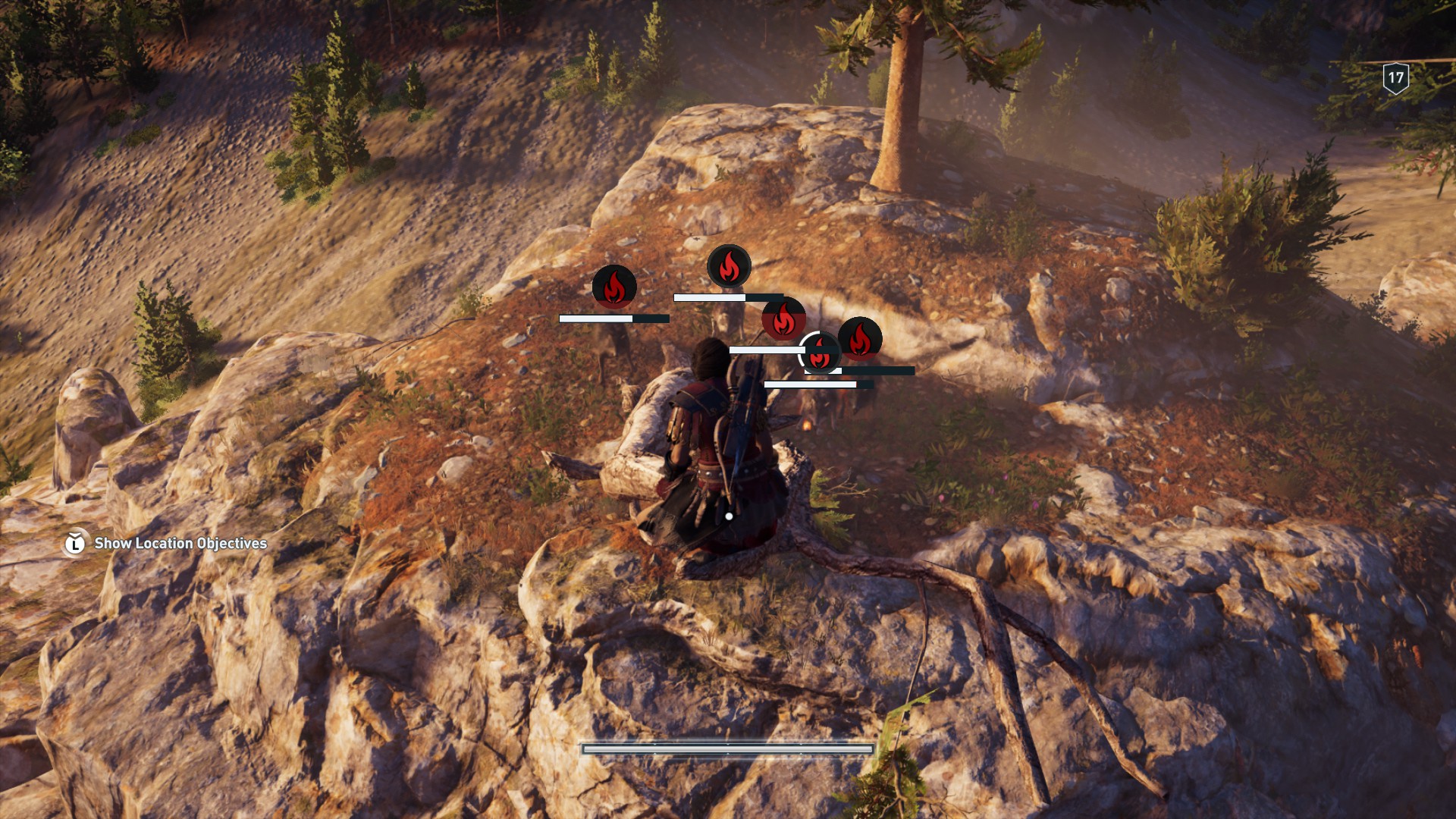 Was worth it though, I did nab a cool level 40 something weapon from a chest before fleeing to an area more attuned with where I should have been. Heh.
Top

I really enjoyed Odyssey. I've still yet to play Origins, and for some reason while still being an objectively very good game, Valhalla didnt grab me in quite the same way.
I have a Youtube channel now! https://www.youtube.com/channel/UC6kVsr ... Q/featured
Top

My gaming group have started playing Marauders; it's like Tarkov but you're a space pirate and you get some default gear (pistol, ammo, vest) and a basic ship on every launch so you're never totally screwed.

It's tense as shit, footsteps are scary, and most of the time you get wrecked. But every so often you find a big win and leg it back to your ship, through the airlock, ships blasting you as you head for the exit and you get loads of cash and loot! I just built my first non-default ship and it's fucking terrifying that some schmuck is gonna nick it, so I basically never use it.

Having fun, but not sure about longevity.

I know not everyone is a fan of adversarial shooters, I myself stopped playing titles such as Warzone and the more recent Vanguard quite a few months ago and for the first time in I believe ever I only had a single first-person shooter installed on my PC in Vermintide II - for the co-op fuckery with the boys.

No Pugb, no Apex, CS, R6, Valorant, Fortshite and no Warzone. A few days ago I noticed this new game Shatterline was making a bit of soft buzz mostly because it was being compared to older fun shooters I loved and played daily such as Dirty Bomb and the once much cherished now unlisted favourite Blacklight: Retribution. Yes it is F2P but don't let that turn you off immediately, this is a pretty fun game that only comes at around 20GB and what it does it add a kind of CoD flavour mixed in with Valorant and Dirty Bomb. Believe me when I say I hate Valorant with a passion, but the actual powers in this are much more toned down and do really add to the vs gameplay rather than simply just stunting everything like that does making it no fun at all. There is both PVE and PVP which has quite a few modes too.

I had actually uninstalled it once but decided to give it a second go and I think it is something I could find myself putting plenty of time into surprisingly.
Top

Ah yeah, I had a go at Shatterline, but it just felt like F2P CoDverwatch. Didn't wow me, though I'd like to try the PvE mode before sacking it off completely.

A retro looking Quake type thing. Thoroughly enjoying it. One man band developer. The guns are really satisfying. The maps are great.

Divinity: Original Sin 2
Bit late to the party, but wow. It's fantastic. I've just managed to unlock my restrictive collar and also get my hands on a bedroll. Who knew it was so powerful

I finally finished Resident Evil Village . Started about a year ago and loved it right up to the last couple of levels then just left it. Was great fun right up until it wasn't.

Also uninstalled Battlefield 5 . It's the first time in about 12 years I haven't had a BF game installed on my console. I had my last game yesterday and realized I was just doing it out of habit rather than enjoyment. Don't think there's anything out that scratches that itch anymore.
Top

On the 28th October, the game turns six years old. Now I could rightly go into a deep dive about how good the combat is, the wonderful level design the wall running great platforming or gush on and on (and on) about that level. Instead, much easier to sum up everything you need to know about the game in a singular screenshot... 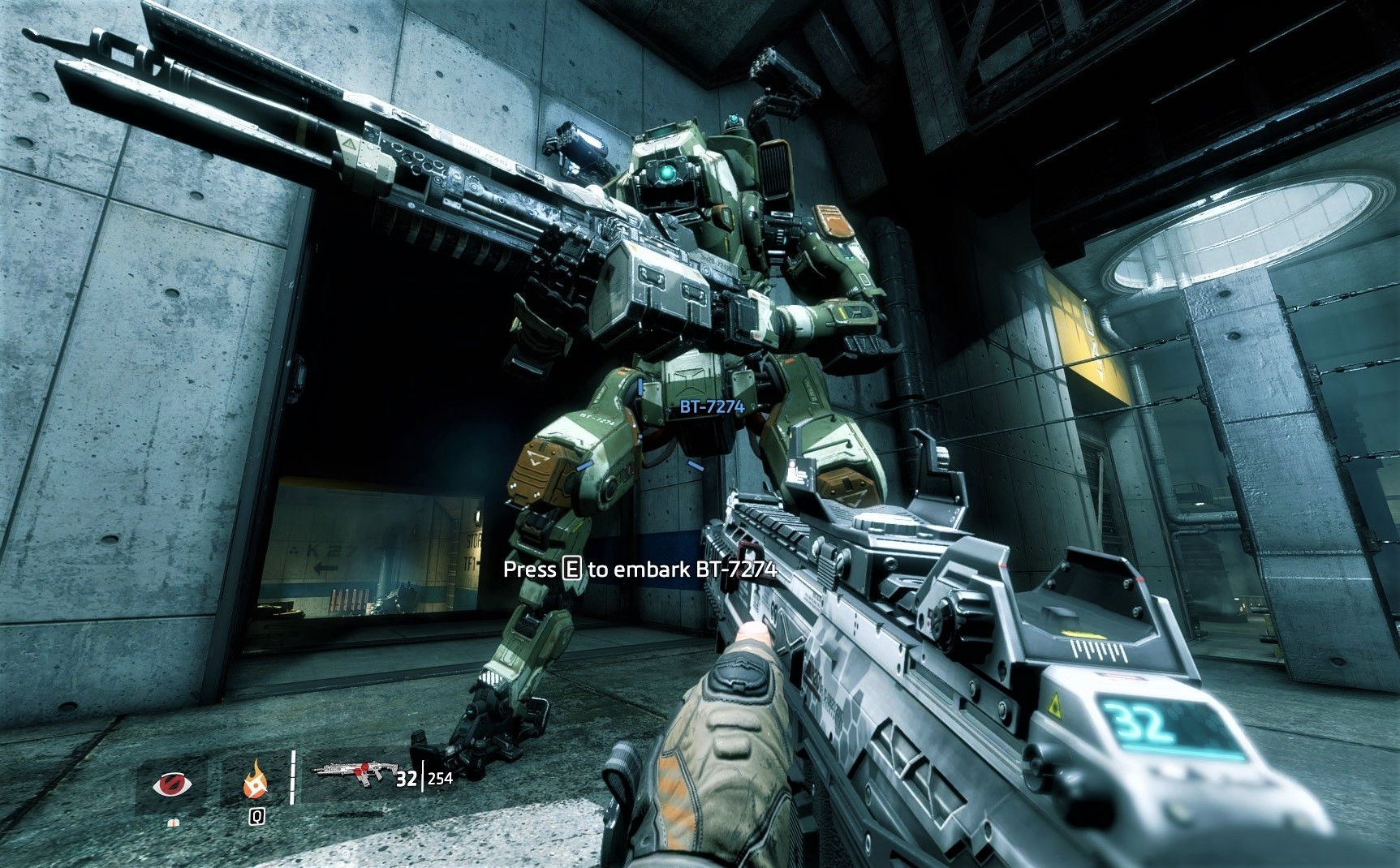 Playing through on Master difficulty level. Tough as nails it is too, and I'm all for it.
Top

Titanfall 2 is amazeballs, still no sign of part 3. As for "That level" do you mean..
Spoiler
the time shift level or the battle on the moving aircraft? Both were excellent.
Top

First off, I did not buy this as part of the Humble Bundle as so many no doubt did, but it did become far cheaper on key sites due to this new availability, I picked it up for £6 with an additional discount. Not bad considering the game is not even a year-old til next month. While Prey and more specifically Prey: Mooncrash were two of my most beloved games nothing about Deathloops somewhat more unique take ever really stood out to me, but I'm now finally noting the similarities.

The Good
One thing I was fully not expecting when I bought this was the heavy Bioshock vibes it keeps on giving me, I very much welcome it all the same. Exploration is great if a little restrictive for now though I am only at a very early point in when I started using some of the games many mods, starting with things such a double jump etc. No idea if any of it will reach say Corvo levels but I have a long way to go yet. There are so many 'how the hell do I get inside there?' instances that Arkane are so renowned for. As you tend to enter and exit areas after you collect the appropriate clues and mission items there are already dozens of areas in my mind I want to get right back into slowly unravelling portions of the map like an onion. Graphics are great, it runs fantastic with zero stutter or hiccups (a first for Arkane games for me) and the more I play the more I'm appreciating the somewhat experimental side of the game that makes it differ so from playing anything they did before. The entire Deathloop premise is very interesting and I can only imagine how wild it will get down the road and it does not hold your hand, which is great.

I love Carlton, love him. And I've only spent a little over two hours in his shoes thus far.

The Bad
Enemy Ai is just, well it's bad often to the point of coming over as completely broken. I find this rather disheartening as the majority of enemy engagements in previous Arkane games Dishonored and Prey had extremely good Ai combatants that made you feel like you truly were fighting for survival moment to moment. None of that is present here and I'm almost mystified as to why this is the case, combat is solid enough sure but I can't yet think of a single ruckus I entered that I found particularly testing. I even had one female Ai enter the room I was crouched waiting in and she just looked at me then stood facing the wall, completely clueless. Combat can quickly switch from nerf gun feeling to kind of ok to wtf is happening as enemies quickly fishbowl because you - went behind a wooden crate. Ehh, they just don't feel all that intimidating, their designs are a bit meh and well you get the picture. Enemies feel like a complete afterthought basically, not something I'm at all used to with a game from Arkane.

The Fugly
The biggest most random gripe I currently have with the game is not story nor gameplay, of course it's a technical one. One of my favourite weapons in the game is a rather meaty pistol but for some reason whenever I get into heavy engagements using it - it pauses my screen completely, alt tabs my game out and back in again utterly destroying any game flow. I've looked the issue up all over and found nothing and again it's all tied to this one specific weapon it does not happen with any of the others at all. Most strange, and a bit disappointing because I do enjoy using it so.
Top