So another one to resurrect from PW - tales of live music.

On Saturday I had tickets to see Slayer, with Lamb of God, Anthrax and Obituary supporting, on Slayer's farewell tour. I have loved Slayer for a long time, I remember buying Reign in Blood when it came out, having enjoyed Haunting the Chapel and Hell Awaits, and being utterly mind-blown by it. Nothing could have prepared me for that album and the profound ripples it put into my life are still being felt. So yeah, seeing them off was a must.

We arrived a bit late, missed Obituary and saw the end of Anthrax who I don't care for - I just can't get on with warbled vocals with the sole exception of Bruce Dickinson. The gig was at Wembley Arena, a shit venue, but needs must. We walked in and the standing area was rammed. They have a little walkway about 2m wide at the side of the standing area that is patrolled by security - you can walk in it but you can't stop to watch - lets folks get beer, have a leak etc. We walked to the front and were amazed to find a spot just big enough for the two of us right at the barrier. Needless to say, we took it. 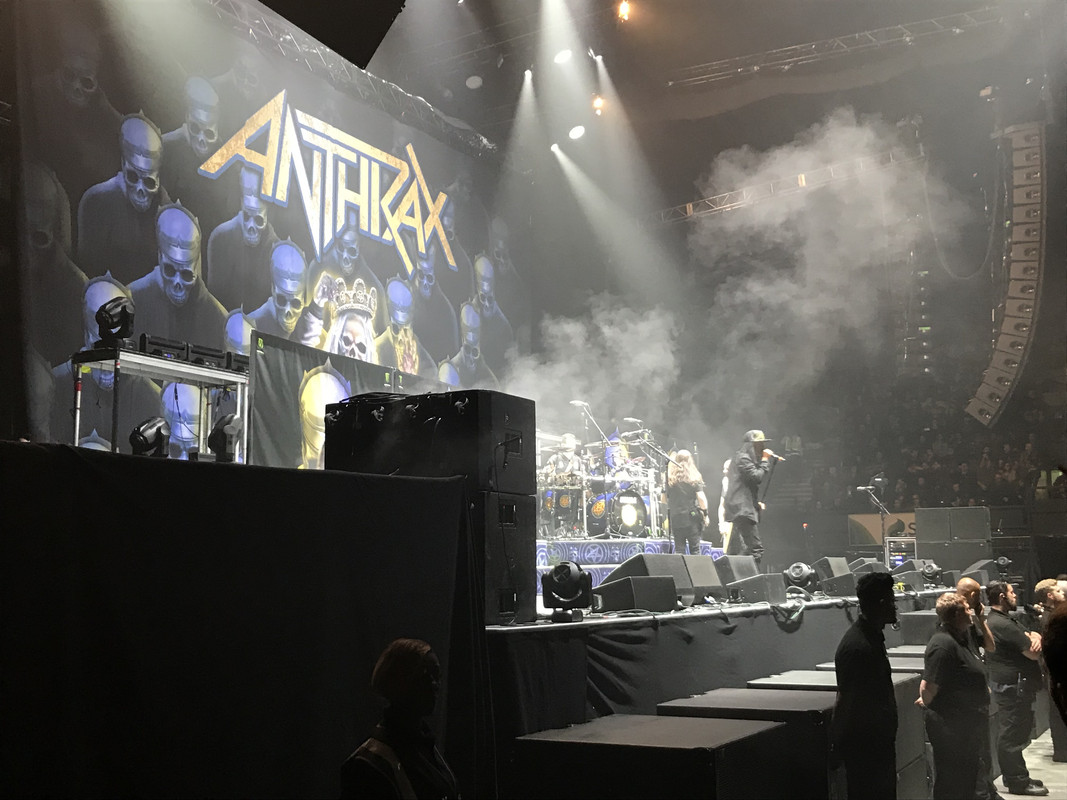 Not a bad view right? So Anthrax did the decent thing and fucked off, and Lamb of God took their place. Man they were fucking mighty, they could have headlined the gig themselves but pointed out that their first gig in England had been opening for Slayer at the Astoria, and they were honoured to close out Slayer's career as their support. They played a set full of their best tracks, ending with Redneck which (I know from watching a video on YouTube since) had a circle pit about 60 feet across.

And so it was on to Slayer. Sorry *ahem* SLAAAAAAYYYYEEEEEEEERRRRRRRR!

Holy shit did they play out of their skins. The setlist was all killer, with Repentless being the weakest song but still a hell of an opener. They finished with Angel of Death, of course, and then wandered about the stage smiling and waving, clearly reluctant to leave. Fucking majestic. Special mention to the pyro too, not since Rammstein have I see fire like it. Great sheets of it, 15 feet high at some points, the heat rolling off the stage to us at the front was intense, onstage it must have been almost unbearable. 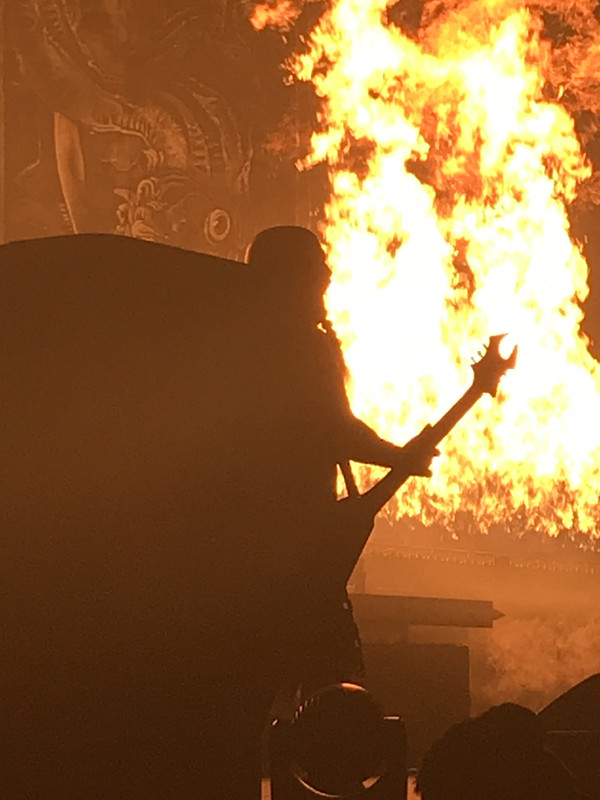 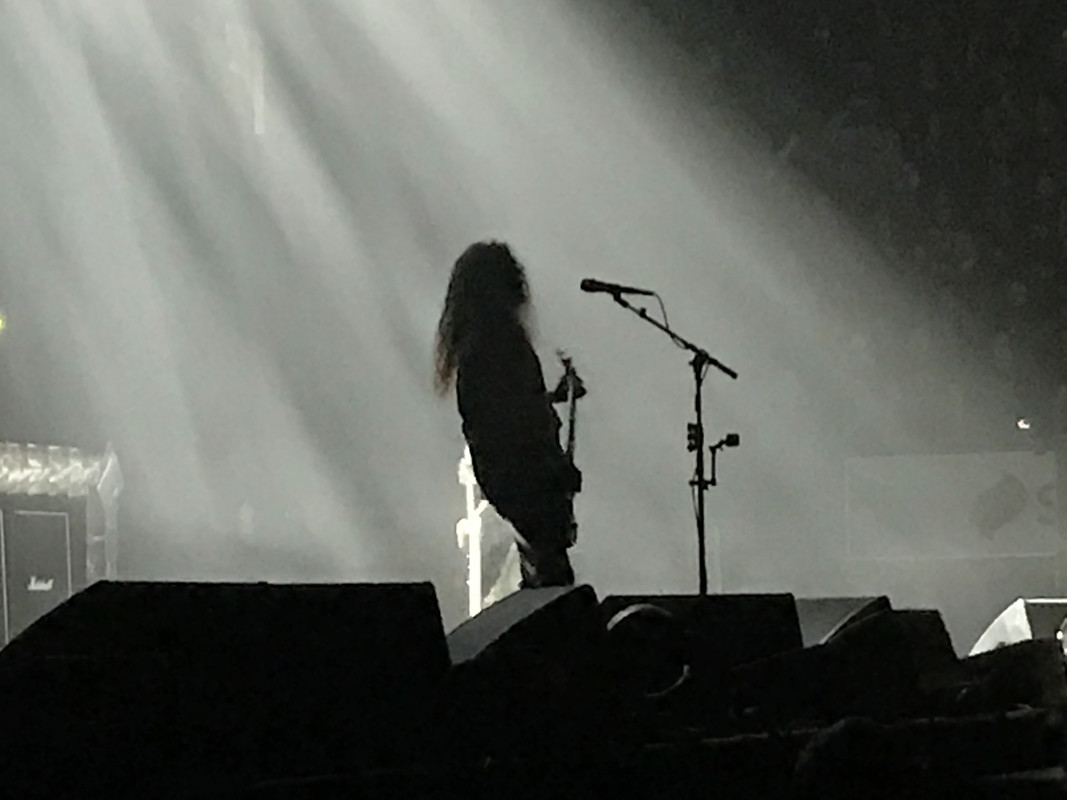 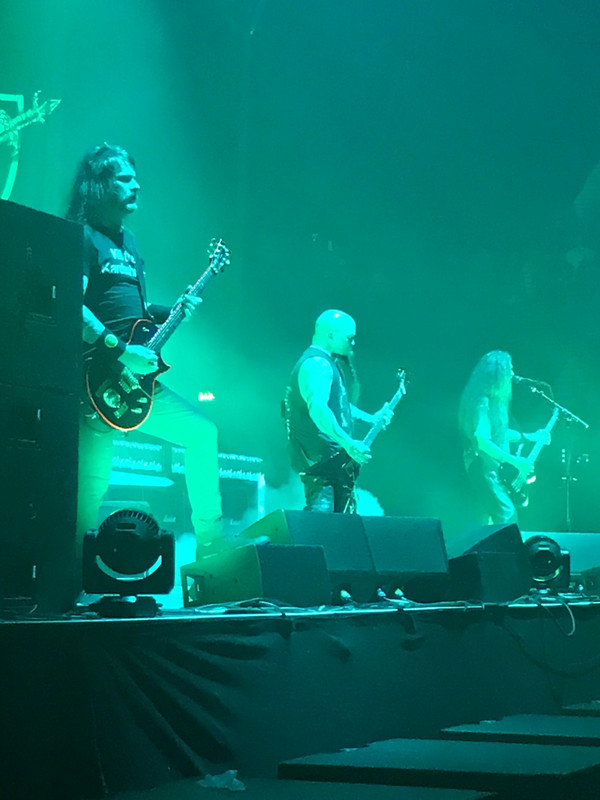 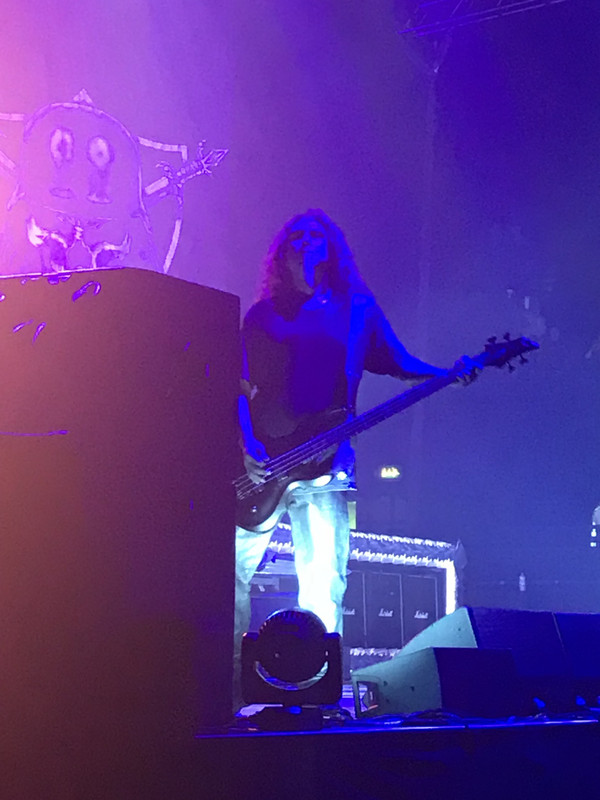 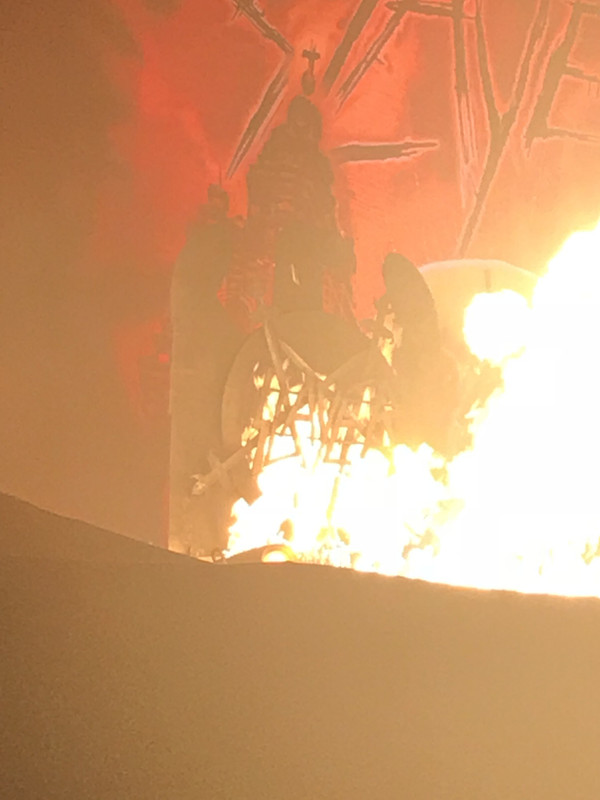 End of an era - big part of my younger years and as I say, a huge influence on me musically. They did themselves proud.

I saw Slayer (just to be able to say I had) at Bloodstock or Download a few years back (can't remember which or be arsed to look it up).

I'm not the biggest fan in the world, I know the big hits, but man I was just bored. The sound wasn't very good anyway so it was hard to recognise the songs from the intros, but mainly my issue was that the whole fuckin' band just looked bored outta their minds to having to rattle through their songs again. Ugh, such hardship. The singer was introducing songs with a level of excitement I can only describe as comatose, which made a bad evening worse.

Glad they seem to have stepped up their game since then!

My most-recent gig was Coheed and Cambria in Birmingham a few weeks back. They didn't do very much audience bullshitting (it's so great to be here / here's a little story to tell between the songs / blah blah blah) which was quite refreshing – they mainly just got the fuck on with it and due to that managed to cram in pretty much every single song on my "Best of C&C" playlist that I listened to on the way.

Their new album has some seriously excellent songs on it too. Been there, done that, bought the T-shirt. Glad to have seem them.

Next up, Shinedown in London tomorrow. I'll be sure to keep you posted.

I have Bloodbath, Dimmu Borgir and Kreator in December, then Behemoth in February.

Sounds like you saw a below par Slayer there, they were firing on all cylinders on Saturday.

I figure we're not going to have much of an overlap in gigs!

Pretty sure I saw Dimmu a long time ago with an ex who claimed to be really into them, but couldn't even remotely pronounce the name. "Dimmu Borngehh"?! The fuck love?!

I've never been a huge Slayer fan, although I do like them. I saw them play the NEC with Lamb Of God, Children Of Bodom and someone totally forgettable in November 2006, a week or so before my eldest was born.

Holy shit they blew every other band off stage. I have a feeling Drarok may have been at that gig too?

I haven't been to many gigs recently, but we saw Guns N Roses last year in London. Say what you like, but I love that band and they were fucking brilliant. Never thought I'd see Slash and Duff back onstage with Axl, so it was something of a lifelong ambition to see it, and I wasn't disappointed.

Not going to knock you for seeing G'N'R WoO. I saw them on their first gig in the UK, at the old Marquee club on Wardour Street, and even with terrible sound they were fucking great. I then saw them (all within the space of 12 months from the Marquee gig) play a headline at the Hammersmith Odeon and then appear on the bill at the Monsters of Rock festival. Those were the three times I have seen them and each time they were superb.

Axl might be a tit, but they were a great band, even if they burned a little bright and kinda killed themselves for a long while.

Wizard Of Odd wrote: ↑
Wed Nov 07, 2018 5:50 pm
I've never been a huge Slayer fan, although I do like them. I saw them play the NEC with Lamb Of God, Children Of Bodom and someone totally forgettable in November 2006, a week or so before my eldest was born.

Holy shit they blew every other band off stage. I have a feeling Drarok may have been at that gig too?

Nah, I don't think I've ever seen CoB, though I would like to.

I'm going to see Devin Townsend do an intimate acoustic gig at Bristol next year with a Q&A session after. First time seeing him in any capacity so very excited

Likewise for the London show, looking forward to a more intimate gig after all the bigger ones in recent years. Saw an acoustic show with barely anyone there in Sheffield years ago and actually got a chance to speak to him, it was wicked. This'll be the 13th time seeing him live now!

We saw him a few years back playing an acoustic set at a little church in Brighton, which was fantastic. Again he hung around afterwards to meet everyone who came, which was awesome.

Thursday for me unfortunately, it's too much of a pain for me booking time off work slap bang in the middle of the week when I can make a long weekend out of it and stay with the girlfriend for the whole time.
Top

Thursday was my preference too but I forgot that the tix went on sale Monday morning and didn't bag mine till the afternoon, at which point nothing was left for the Thursday.

I love DT's non-acoustic work, and I'm sure he's got some lovely songs for acoustic renditions (Ih-Ah would probably be awesome), it's just not something that interests me, regardless of who it is playing. If your songs are written and recorded non-acoustically, then that's how I want to hear 'em. I saw DT at the Albert Hall last time he came around which was awesome, even up in the nosebleeds.

Next gig for me is Pitchshifter up in Nottingham on Saturday 24th November. If you've never heard of them, that'll be because they made their name in the mid-to-late nineties before going on hiatus around 2003 with a few special shows now and then for maybe-starting-back-up and birthdays. I was massively into these guys back in the day and am SO EXCITED.

Most of the gigs I go to are on the brutal end of brutal, but I don't mind an acoustic gig. Some of my favourites have involved Dev, his Casualties of Cool gig at the Union Chapel in Islington was amazing - a venue where I also saw Katatonia do an awesome acoustic set. Likewise Dev's gig in Brighton was brilliant.

I think the thing with Mr Townsend is I just like the guy himself - he is genuine, humble, funny, extremely intelligent and of course a fucking genius musically. For me whether SYL, DTB/DTP, Casualties or just a solo acoustic set, I am always captivated by the guy and consider it a privilege to be there.

Oh, and I have tix for Mastodon too next year. Slightly mixed feelings given Brent Hines recent comments about being worn down by the amount of work piled on the band, but coupled with "fuck yeah, I'm gonna see Mastodon again".

So Mastodon were fucking incredible as usual, as were Kverletak who supported. Been a fan of theirs for a good few years now and this was the first time I saw them - they did not disappoint.

Have their whole set

Bagged tickets for Devin's Empath tour in December today on pre-sale, very happy to have those in the bag. Going to the Roundhouse to see it, which is one of my favourite venues.